Dental School Costs Too Much

A few days ago, another conversation unfolded in the Dental Nachos Facebook group about the cost of dental school.

This is a long post, so here’s the summary: the cost of dental school is outrageously high, and some of us (dentists) are beginning to take notice.

When it comes to the cost of dental school there’s a lot to talk about. In general, I agree with one of the commentators who said, “dental schools sell diplomas” and it is up to the customer (in this case the student) to make sure they’re making a well informed and financially responsible decision. However, access to information that would allow a teenager to make a sound decision about dental school and their career goals is not readily available.

Deciding to pursue a career as a general dentist is not like buying a car. When you buy a car, you have access to consumer reports and other publications that offer comparisons between different makes and models. Access to MPGs, repair costs, and other details are readily available and make it fairly easy to calculate how much the car will cost you to own per year. You can even talk to a friend, take it for a test drive and see if you like the way it feels when you hit the gas. If you buy it and hate it, you can turn around and sell it. Worst case scenario, you buy a lemon, and you are out a few thousand dollars – a significant sum of money, but a hurdle the average American can overcome.

Post-graduate dental education is different. There are no equivalents to consumer reports that evaluate different dental schools. Laypeople (the anti-dentites), have almost no knowledge of the dental profession and learning if you like dentistry before you’re actually practicing is basically impossible. To complicate things a little more, the amount of time required to earn a license to practice is often 8 years of full-time education without interruption (and that’s assuming you were accepted on your first try).

When you were a kid, how did you learn if you liked baseball? Was it by watching other people play? Probably not. If you were like millions of other Little Leaguers across the country, you just played the game and learned a little bit more about baseball and yourself. If you liked it, you kept playing. If you didn’t like it, no big deal – just hand your glove and bat to the next kid in line.

When it comes to dentistry there’s no practice run. This was okay, in 1997 when the average dentist graduated with less than $100,000 in student loans at comparable interest rates to today and entered into a profession where the average dentist made $187,000 (which also happens to be a comparable average income made by dentists today but with a lot less purchasing power now). At this debt to income ratio, it would have been reasonable for a young doctor to begin practicing and extinguishing her debts in a reasonable time-frame while also saving for retirement. At the $100k mark, it’s even possible for this doctor to transition into an alternative career if she found clinical dentistry to be unpleasant.

In 2015 the average student graduated with a debt load of just about $260,000 in graduate student loans and entered a job market where the average dentist earns about $180,000 per year. It is worth noting that the average non-owner dentist earns around $130,000. If you’re hovering around the median wage as a non-owner dentist, and you graduated with the average debt of $260,000, your debt is 2x your gross income. A student loan that is 2x your gross income (GI) is a steep hurdle to climb, but it’s doable with some hard work and a decade of sacrifice. The real trouble begins when your debts approach 3-4x your GI, and many students are graduating with more than $350,000 in student loans if they incurred a cost for their undergraduate education or attended a private dental school or a public dental school as a non-resident.

At 3-4x your GI, we can expect these students to be under tremendous financial pressure that not only puts the student’s financial future at risk, but also influences the way the young dentist treatment plans.

When student loans are north of $350,000 it’s an all-in, boxing match that the teenager who decided to go to dental school was probably not prepared for. Since the timetable to pursue, apply, gain acceptance to, and matriculate from a dental program is so long (6-10 years in the making), undergraduates who decide to pursue a career as a dentist may learn that the amateur boxer they signed up to fight a few years ago has been working hard in the gym (tuition increases, miscellaneous fee increases, rising interest rates, loss of subsidized loans, etc.). Upon graduation it’s not uncommon to be staring at a student loan that is significantly more than you had intended. So, the young doctor is forced to rope-a-dope and enroll in an Income Based Repayment plan because they can’t afford the standard repayment plan. 36 months later, these young doctors haven’t touched the principal and the balance has grown by another $30,000. 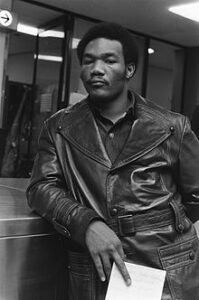 This is a serious dilemma for most young dentists. In my opinion, there are only 3 ways out of this mess:

1. Raise your earning potential and hammer away at the debt. You’ll need to add more procedures to your skill set, buy a practice that has a strong cash flow, or specialize to really take your earnings to a level that can support these large student loans. Specializing is probably the best option by far.

2. Ride out an IBR plan and save for the tax bomb. I think this may be a reasonable strategy if you can actually earmark the funds you need to save for the taxes you owe during your forgiveness year. I say “I think” because nobody has actually done it yet…

3. Get someone else to pay your debts. This may include PSLF, NHSC, the military, or even a windfall.